The closest US city to the UK, Boston feels very European, with its cobbled lanes and centuries-old buildings. But the unofficial capital of New England is 100 per cent American; after all, it is the country's oldest major city (founded in 1630) and the main events leading up to the American Revolution took place right here in the 1770s.

But there is much more. The Boston Symphony Orchestra and Museum of Fine Arts are just two of the many cultural attractions. Locals are passionate supporters of the professional baseball, basketball, American football and ice hockey teams. The city caters to families but also to couples on a romantic break. There is a huge choice of restaurants and shops – and getting around is easy. Bostonians walk everywhere or take the “T”, the efficient, inexpensive public transport system. 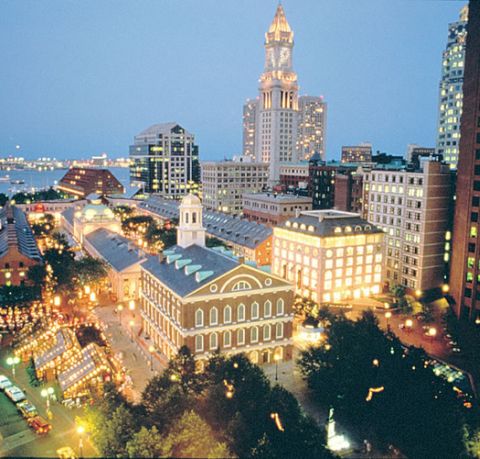 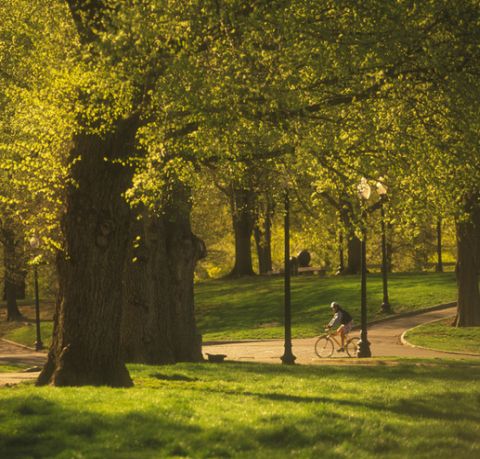 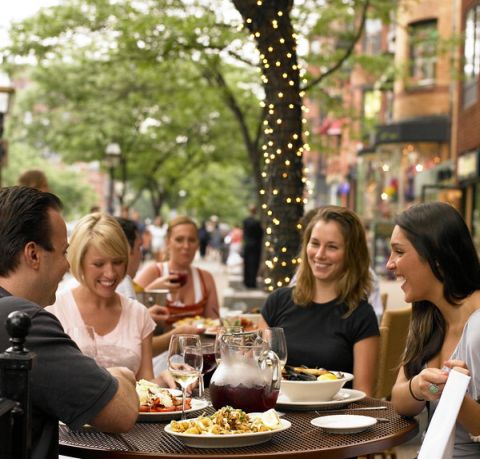 Boston has so much to offer at any time of year whether for a short city break or as the beginning of a longer holiday in New England.  Boston is less than 8 hours flight from the UK and the Lo...

Boston to New York | By the Beaches

Two great cities interspersed with seaside resorts and luxury retreats. This Boston to New York by the beaches fly-drive holiday does just what it says on the tin. You will be able to compare and con...

There are some glorious hideaways on the Cape and its nearby islands Nantucket and Martha’s Vineyard and these combined with the lively city of Boston make for a perfect honeymoon.  Th...

Quench your thirst and your appetite on this tastings tour of New England’s micro breweries and venues featuring favourite local fare! You will visit Boston, the coastal villages of Bar Harbor...

“If you want to look at art, there is more of it to be seen per square mile on the east coast of the United States than there is in any other place on earth.” So said British art c...

Why should I visit Boston?

Gleaming skyscrapers overlook the sweeping harbour, parks and gardens; across the Charles River is Cambridge, home of Harvard University and MIT (Massachusetts Institute of Technology). But there are dozens more colleges and universities, whose students provide the city with a youthful energy.

TIP When it comes to shopping, the choice is great and there is no sales tax on individual purchases under $175.
TIP Ask us about the time and money-saving Go Boston Card and the Boston CityPASS

The nation’s oldest public park (1634), Boston Common is home to softball games in summer and ice skating in winter. Overlooking it are the gold-domed Massachusetts State House and stately Beacon Hill, with elegant Georgian-style brick houses. Nearby is the financial district, where the 300-year-old Old State House is still topped by symbols of the British Crown: the lion and unicorn.

The Freedom Trail - Follow the 2.5-mile-long red line in the pavement to see 16 of the USA’s most iconic buildings and historic sites. Walk on your own, with a park ranger, or a costumed guide. You don't have to do it all in one go!

Faneuil Hall Marketplace - This revamped 18th-century fruit and veg market was the inspiration for London's Covent Garden redevelopment. Check out the shops, restaurants and stalls.

The Museum of Science - Boston's no 1 attraction is a huge hit with all ages. Don't miss the daily demonstration of lightning, created to order!

TIP Take one of the Boston Duck Tours for a fun and irreverent view of the city and its history. Kids love riding on an amphibious vehicle that starts on land and then splashes into the Charles River.

Exploring the North End and the Harborfront

The North End is Boston's “Little Italy”, home to all things Italian, from delis to trattorias. The Harborfront has family-friendly attractions – and lots of room for youngsters to let off steam!

The Boston Tea Party Ships & Museum - As well as explaining the hows and whys of the 1773 anti-tax protest known as the Boston Tea Party, the costumed interpreters aboard the replica ships involve you the visitor in one of the most famous events in American history.

The New England Aquarium - Home to sharks, sea turtles and more. A must for families.

The Children’s Museum - Educational and fun for smaller children, with plenty of stimulating hands-on exhibits.

TIP From the dock at the New England Aquarium, take a whale watching trip across Massachusetts Bay to spot these marine giants. Cruises run from the end of March to late October.

Across the Charles River, Revolutionary history is matched by the student buzz from Harvard University and MIT (Massachusetts Institute of Technology) – but the heart of the action is Harvard Square. Pop into shops that range from posh to quirky; stroll along Brattle Street, nicknamed Tory Row, because the mansions were once owned by British Loyalists. The Harvard Co-op (pronounced Coop) has books for students and souvenirs (Harvard T-shirts, baseball caps, etc) for visitors.

Harvard Museum of Natural History - One of the country's great study collections, from gemstones to dinosaur skeletons. Don't miss the Glass Flowers Gallery, models of plants created by the Blaschka family: unbelievably lifelike.

The MIT Museum - Inventions and innovation (particularly by professors, students and graduates) are celebrated in these galleries. Fascinating, even for non-techies.

Christ Church - George Washington worshipped here in 1775; a bullet hole in the vestibule is another reminder of Revolutionary days.

TIP Student-led tours of Harvard and MIT are fun and informative. Take the official tour or, in Harvard Square, join one of the Hahvahd Tours - irreverent, witty but factually accurate.

Exploring Back Bay and Fenway-Kenmore

With shops and restaurants, Back Bay is a busy area of the city. Newbury Street is favourite destination (boutiques, art galleries and cafés). In Fenway-Kenmore, culture and sport go hand in hand. As well as museums (see below), Symphony Hall is home to the Boston Symphony Orchestra; the Boston Red Sox team play at Fenway Park, the country's oldest baseball stadium.

The Museum of Fine Arts - One of the world's great museums, the MFA is best-known for its European art (especially Impressionist works), art from ancient Egypt and Art of the Americas, shown in an award-winning new wing designed by Sir Norman Foster.

The Isabella Stewart Gardner Museum - Since 1903, Mrs Gardner's collection of Old Masters has been housed in this Italian-style mansion. A new wing, designed by Renzo Piano, opened in 2012.

Prudential Tower - The Skywalk Observatory combines an exhibition on the city's history with spectacular views. The Top of the Hub Restaurant, on the 52nd floor, is great for a meal or a drink at sunset.

TIP Entrance tickets for the MFA are valid for two visits within 10 days. Get $2 off adult/senior admission when visiting the Gardner Museum and the MFA within a two-day period.

TIP Stroll down to the South End: hip and happening, with good restaurants, bars and and funky shops.

There are some glorious hideaways on the Cape and its nearby islands Nantucket and Martha’s Vineyard and these combined with the lively city of Boston make for a perfect h...

Along the Maine Coast | Discover by Land & Sea

Explore the Maine coast on this relaxing 10 night holiday.  This unique fly drive allows you to discover the best villages and coastal areas at your own pace and then exper...

Boston to New York | By the Beaches

Two great cities interspersed with seaside resorts and luxury retreats. This Boston to New York by the beaches fly-drive holiday does just what it says on the tin. You w...

Relax and let someone else guide you around on this escorted tour of New England. Experience the iconic sites for which New England has become known and stay at typically New En...

Boston has so much to offer at any time of year whether for a short city...

Quench your thirst and your appetite on this tastings tour of New England’s micro breweries and venues featuring favourite local fare! You will visit Boston, the c...

Frontier America has created this fly-drive holiday to showcase the best gardens of Southern New England but also to allow you to discover some of the grand houses, museums and...

“If you want to look at art, there is more of it to be seen per square mile on the east coast of the United States than there is in any ot...