Bryce Canyon National Park is best known for the hundreds of crimson-coloured spire-shaped rock formations known as hoodoos. Be sure to visit the Amphitheatre, an extraordinary hoodoo-filled depression lying below the Rim Trail hiking path.

One of the first questions you are bound to ask is “How are those Hoodoos formed?” The answer according to geologists is that they started with rainwater seeping into cracks in the rock. During the winter Bryce is cold, ice forms and breaks apart the rock. The deep, narrow walls called “fins” result from moisture running down the slopes. Eventually the fins form holes which get larger over time and so the fins collapse and create the bizarre hoodoos. 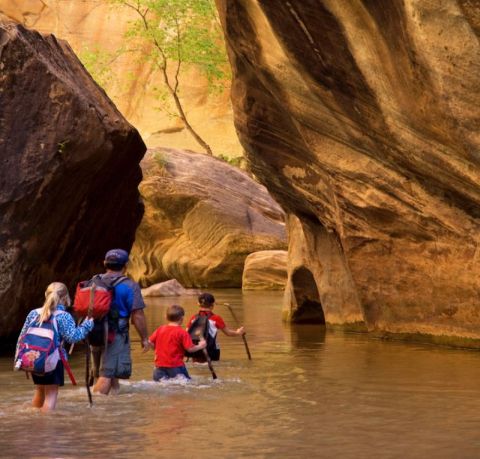 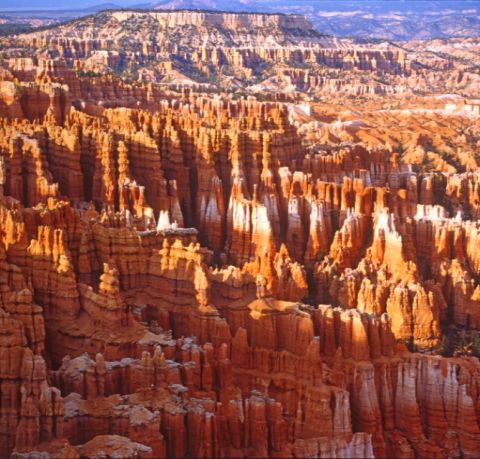 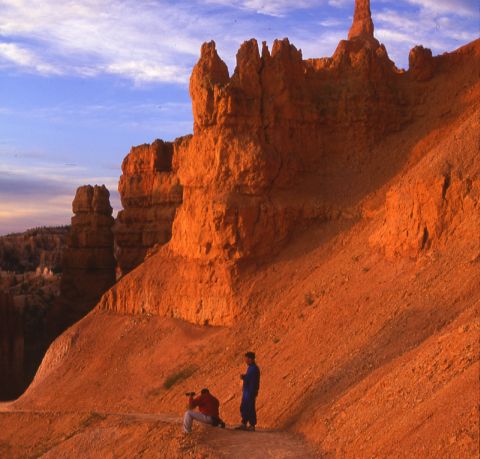 You might be surprised to learn that more than 900 big screen and TV films have been shot in Utah; Hollywood first discovered its stunning scenery in the 1920’s when films like Stagecoach were f...

Why should I visit Bryce Canyon National Park?

Frontier America can arrange exploring the park by horseback or an ATV tour around the park especially recommended at sunset.  There is also a steak or salmon dinner with a Western show at Ruby’s for which we can get tickets.
Accommodation is either in the park or at Ruby’s Inn just outside.
TIP - Be warned, although just up the road Bryce is much cooler than Zion due to its elevation.

You might be surprised to learn that more than 900 big screen and TV films have been shot in Utah; Hollywood first discovered its stunning scenery in the 1920’s when films...

The Canyons and National Parks | Utah, Arizona and Colorado

Visit the vast sandstone cliffs of Zion National Park, Bryce Canyon, not really a canyon – more a collection of amphitheatres punctuated by hoodoos -  and the grand d...

Three very different Big Excitements!  The thrills that only the vibe of New York can provide combined with the visual stimuli that you will get in Utah and the buzz of Las...

A Grand Circle flydrive holiday taking in many of the highlights of the Rocky Mountains and the Utah National Parks known for their astonishing red rocks and extraordinary shape...

Enjoy the best of the Wild West on the back of your motorcycle. Solitary deserts, vibrant cities, deep canyons and high mountains - what a combination! You will see Grand Canyon...