In the 1890s, one of the richest gold strikes in American history was discovered on the western slope of Pikes Peak. With the speed that only the lure of gold can provide, cattle pastures became Colorado Springs named  "the city of millionaires." One of these millionaires was Spencer Penrose who used his vast wealth to build the Pikes Peak and Cheyenne Mountain Highways and to establish the Cheyenne Mountain Zoo, Will Rogers Shrine and The Broadmoor Hotel.

Colorado Springs and the Pikes Peak region is a perfect destination for adventure travel as well as cultural and historic interest.  It enjoys more than 300 days of sunshine a year and offers not only wonderful scenery but a great number of attractions including world class golf, horseback riding, a dude ranch that includes chuckwagon dinners and cattle roundups and the cog railway up Pikes Peak.  While in the area, do visit Manitou Springs to see its preserved historical buildings and a wide variety of independent shops and restaurants. 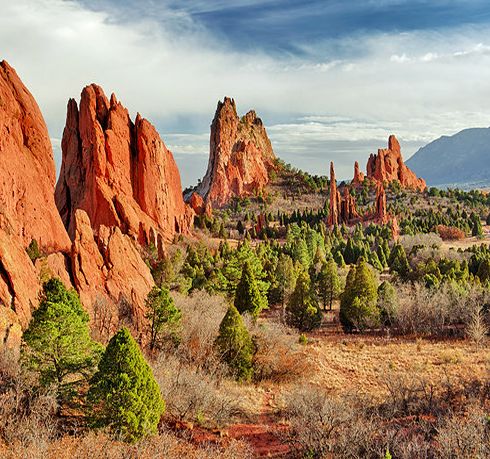 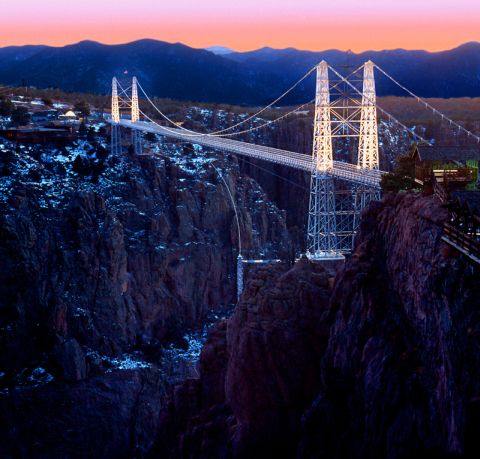 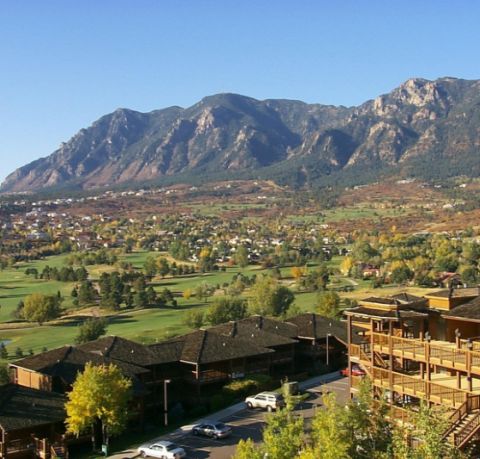 This Fly-Drive holiday explores some of Colorado’s most historic cities with stays at some its most luxurious hotels. You will visit Colorado Springs, Aspen, Vail and the marvellous city of Denv...

Why should I visit Colorado Springs?

The Garden of the Gods Park

In August, 1859, two surveyors wanted to build a town called Colorado City. While searching for a  location, they came upon a beautiful area of sandstone formations. M.S. Beach suggested that it would be “a capital place for a beer garden,” when the country grew up. His companion, Rufus Cable, exclaimed, “Beer Garden! Why it is a fit place for the Gods to assemble. We will call it the Garden of the Gods.” The name stuck. Not only is the park a geological wonder to the geologist, its 300 foot red sandstone rocks jutting into the skyline create memorable views especially seen at sunrise and sunset when they positively glow.

The Canyons and National Parks | Utah, Arizona and Colorado

Visit the vast sandstone cliffs of Zion National Park, Bryce Canyon, not really a canyon – more a collection of amphitheatres punctuated by hoodoos -  and the grand d...

This Fly-Drive holiday explores some of Colorado’s most historic cities with stays at some its most luxurious hotels. You will visit Colorado Springs, Aspen, Vail and the...

A classic fly drive holiday, this varied journey around Colorado will introduce you to not only life in the mountains but the desert country around the Great Sand Dunes. You wil...

A Grand Circle flydrive holiday taking in many of the highlights of the Rocky Mountains and the Utah National Parks known for their astonishing red rocks and extraordinary shape...

With breathtaking views of the rugged wilderness of the American West, the Colorado Rockies are among the most iconic sights of the USA. Less well appreciated is the region's af...