Savannah is just charming and a joy to visit! This much-celebrated destination has been enticing visitors with her sultry ambiance, Low-Country cuisine, striking beauty and old-world charm for centuries. Perhaps one of the better Christmas gifts, Savannah was given to President Lincoln by General Sherman in 1864.  Along with her world-class reputation for hospitality and grace, Savannah will draw you in with her romantic ambiance and capture your heart. Very much a walking and an eating city, Savannah has 22 beautiful and historic squares laid out in the 1700s by General James Oglethorpe, glorious moss draped trees, cobbled stone streets and of course the river which was the reason it was created in the first place.  Enjoying a nice cold glass of wine or Georgia iced peach tea on the water front as the sun sets is one of life's pleasures. 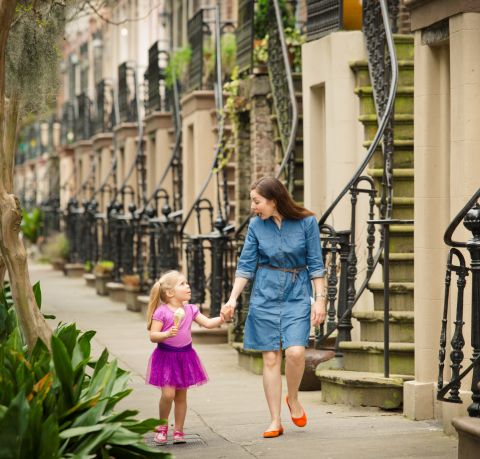 Why should I visit Savannah?

Take a walking tour with Savannah Dan.  A local institution and unlike any other tour you are likely to take.  Don't be fooled by Dan's colourful suits, he is a fountain of knowledge which he presents in a lively and amusing way.

Visit the Massie Heritage Centre to see a model of the city plus an interactive exhibit of the architecture that inspired some of the buildings such as Notre Dame and Parthenon.

Take a tour of one of the many “museum homes” that showcase the incredible diversity of architecture throughout the city, as well as giving you a keen sense of how life was lived in the 19th century. Visit the cathedral, the 19th century Andrew Low house, an antebellum cotton king, the Fort King George which until 1736 was the southern outpost of the British Empire, the Hofwyl-Broadfield Plantation which is the last surviving rice plantation on the Georgia coast and if some down time is needed there is always Tybee Island with its beautiful sandy beaches.

The City Market in the heart of the Historic District has nightly live entertainment as well as all kinds of good restaurants, art galleries and specialty shops.

River Street was once cotton warehouses but now houses some of Savannah's best shops, restaurants and hotels. Take a river cruise on a sternwheeler or just sit and watch the enormous ships come and go into one of the US's busiest ports.

A slightly unusually recommendation for a tourist site, but a visit to the Bonaventure Cemetery is fascinating.   You will find some beautiful graves including that of iconic songwriter Johnny Mercer. For more than 150 years, Bonaventure with its Southern Gothic sculptures has captured the imagination of writers, poets and filmmakers.

Just out of town the Moon River Corridor lets you experience the Bethseda Academy and shows you how the water and salt marshes of the low country allowed the plantations and fishing industry to flourish in times gone by.  To the south of Savannah is Fort McAllister which marks the end of Sherman’s March to the Sea.  You can see the earthworks, tunnels and bunks of the Confederacy, the remains of a sunken ship as well as the Civil War museum.