Golf in the Carolinas

Sitting next to each other on the Atlantic coast and adjoining Georgia, North and South Carolina can easily be combined in one fly-drive holiday or added on to a longer trip starting as far south as New Orleans.  Both states offer a winning combination of good places to stay, history, lovely beaches, great golf courses and superb food. 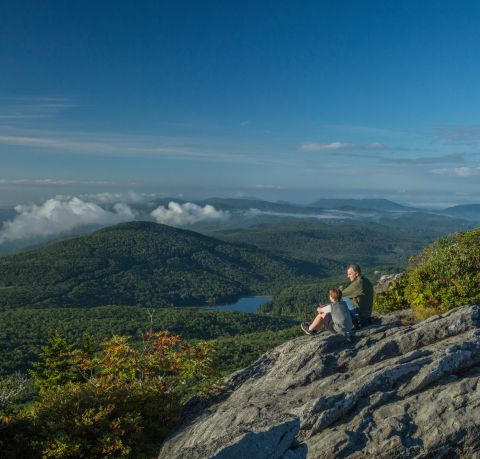 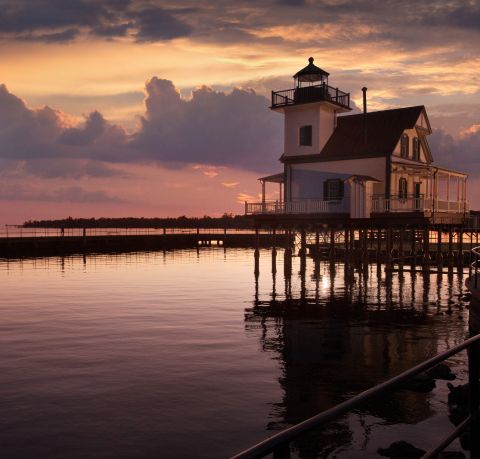 Top 3 The Carolinas Tailor Made Holidays

Why should I visit The Carolinas?

The Carolina beaches are some of the best in the US. South Carolina boasts the lively Myrtle Beach, peaceful Edisto Island, Kiawah with its challenging golf courses and Hilton Head, another of the barrier islands with upscale hotels and good golf. North Carolina is famous, among other things, for the Outer Banks: the 200 mile chain of barrier islands protecting the state from the Atlantic storms and notable for their magnificent sand dunes and for seeing the launch of the Wright brothers’ first flight.

From the mountains to the coast, North Carolina features natural beauty, history, arts and adventure as well as 500 golf courses and 70 native wineries. The mountains offer hiking on the Appalachian Trail and rafting in the Great Smoky Mountains National Park and Blue Ridge Mountains as well as being the home to the Eastern Band of Cherokee Indians. Central North Carolina has one-of-a-kind shopping, dynamic cities and is the “heart” of NASCAR racing. The coast offers the Outer Banks, lighthouses, fresh seafood and 300 miles of unspoiled beaches.

South Carolina is noted for its hospitality, its food, its beautiful plantation houses as well as the history of the American Civil War of which the first shots were fired at Fort Sumter. It is home to eight national parks and 47 state parks, perfect for exploring the state’s history and natural landscape. Visit Ninety Six National Historic Site to uncover the history of Revolutionary War battles, or Myrtle Beach State Park for hiking and biking trails across the sand dunes. Drive the Cherokee Foothills Scenic Highway to discover peach orchards, rustic towns and Lake Keowee contrasting with South Carolina’s jewel in the crown: Charleston.

Hilton Head Island, SC - has some of the best beaches in the US and those combined with phenomenal sporting facilities such as 24 world class golf courses, 350 tennis courts, over 250 restaurants make for a fantastic holiday destination for all the family.

Asheville, NC - Listed in the 2017 Lonely Plant as the #1 Destination to visit, Asheville has more Art Deco buildings than anywhere in the States except for South Beach, Miami.  The Hunger Games were filmed downtown, the stars stayed in the Hotel Indigo and you can too through Frontier America. Asheville is also close to Biltmore, the largest chateau in America; it is on the famous Blue Ridge Parkway which runs along the highest ridges of the Southern Appalachians; it is a slow but beautiful road, you might like to drive out to Altapass, about 55 miles north of Asheville, see the apple orchard which is over 100 years old and enjoy fabulous icecream and fudge as well as the Appalachian Culture Center. Enjoy the breath-taking mountain views, hike one of the many pathways or grab a rod to see if you can catch you a trout from one of the streams. We recommend two nights in Asheville to appreciate both the town, the mountains and Biltmore where you can stay on the estate at the Inn or the Village Hotel.

TIP - Spend an hour or so to take the self-guided scavenger hunt past 30 stations each with a piece of art and a bronze plaque.

Kill Devil Hills is the small town tucked amid the sandbars of North Carolina’s Outer Banks where the Wright Brothers first flew. They chose this area because they realised that the winds would assist take off and there was plenty of sand to give a soft landing.  The dreams were realised on 17 December 1903 and you can see the replica of the plane they few at the Wright Brothers National Memorial.

The Outer Banks are also filled with maritime history. Known as the ‘Graveyard of the Atlantic’, some 600 shipwrecks lie off the coast including the Queen Anne’s Revenge, a ship captained by notorious pirate, Blackbeard.  You can explore relics from the ship at the North Carolina Maritime Museum in Beaufort, NC, explore the beaches of the Outer Banks and the many lighthouses as you drive along the barrier islands watching out for the wild ponies that roam the sands.

The museum at the Oconaluftee Visitor Center at the entrance to Great Smoky Mountains National Park near Cherokee celebrates the culture of the area and early local communities. More can be seen at the Museum of the Cherokee Indian or by following the Cherokee Heritage Trails.

Whilst in the area, follow a much faster road, beloved of motor cyclists and sports cars: the Tail of the Dragon starting at Deals Gap

North Carolina is filled with must-see museums and cultural attractions. For travellers seeking to explore more aviation history, The Carolinas Historic Aviation Museum in Charlotte exhibits restored aircraft. Art-lovers can take in work by Andy Warhol and Picasso at The Bechtler Museum of Modern Art also in Charlotte which is the biggest financial centre in the US after New York. It also hosts the NASCAR Sprint Cup.

Holiday Itineraries for The Carolinas

Hilton Head is known throughout the world as a premier destination for golfers and sports enthusiasts. Frontier America can offer golfers and their playing, or non-playing, part...

Bordered by the Appalachian Mountains in the west to the sandy barrier islands along the Atlantic Coast to the east, North Carolina is host to amazing scenery, a rich history as...