Colloquially known as the City by the Bay, San Francisco is one of the most-visited cities in America and offers a wealth of things to see and do. Even those who haven’t visited will be very familiar with its skyline and iconic landmarks, which have featured in many movies and TV shows over the years.

Once you’ve been, you really will lose your heart to San Francisco, too, as the song goes. From the Golden Gate Bridge, which often looms out of the fog that rolls into San Francisco Bay from the Pacific, and the notorious former federal prison, Alcatraz, lurking broodily on its offshore island, to the clanging cable cars that rumble up and down its rollercoaster streets, those icons come vividly to life as you explore the city.

There is plenty more to discover on your San Francisco holiday. 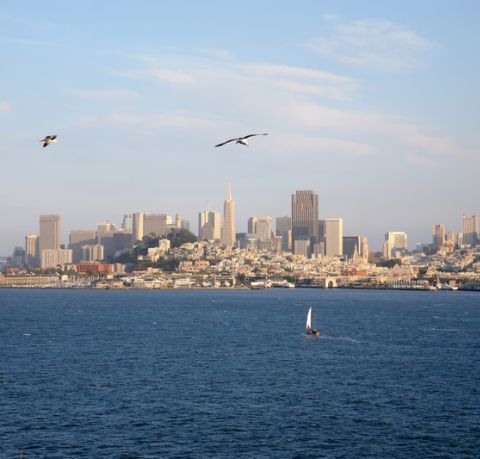 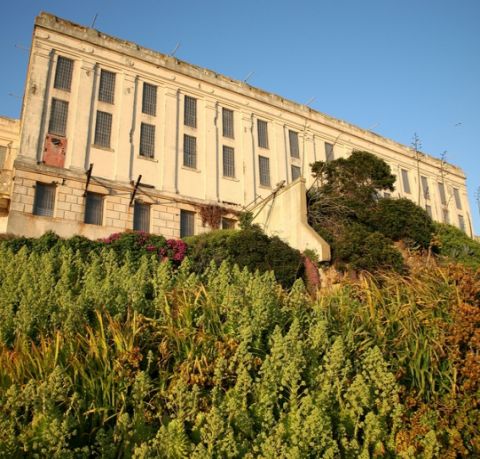 San Francisco and Beyond | Bespoke Getaway

San Francisco is such a wonderful city to explore and there are so many interesting places within a few hours drive. Why not combine a stay in San Francisco with some time on the beach, exploring the...

San Francisco to Los Angeles | via the Bay & Vineyards

Food and wine will be some of the highlights of this short fly-drive holiday which will take you from San Francisco to Los Angeles. Along the way, you will be able to visit the famous Napa Valley, Mon...

From one coastal city to another, you will follow Highway 101, the Pacific Coast Highway for much of this wonderful fly-drive holiday which takes in modern cities, rainforests, coastal scenery, 500 fe...

Why should I visit San Francisco?

Get a taste of the Orient in North America’s largest and oldest Chinatown or Japatown, called J-town by locals. Make a pilgrimage to the birthplace of flower power and hippy culture, Haight-Ashbury. Or be a culture vulture and visit some of the world’s top museums and cultural institutions, among them The San Francisco Museum of Modern Art (SFMOMA) and the California Academy of Sciences.

TIP  San Francisco is a compact and walkable city, but with 43 hills plan your day so that you walk down the steep slopes to where you want to go and then get a cable car, bus, trolley or taxi back up.

Ethnic neighbourhoods - San Francisco has been a melting pot of cultures for over 150 years. Sample culture and cuisine from around the world in neighbourhoods including sprawling Chinatown, pizzas and pasta galore in neighbouring Italian enclave North Beach, and sushi, noodle shops and a pagoda in Japantown.

Alcatraz - A boat trip out to the former penitentiary island is a must. Tour the cellblocks that housed such infamous prisoners as Al Capone, see the first lighthouse built on America’s West Coast and explore its beautiful gardens and bird colonies.

Cable cars and trolleys - No trip to San Francisco would be complete without a ride on one of its famous cable cars as it trundles up or down the hilly streets. Originally numbering over 600 before the 1906 earthquake, now just 44 are in service. Fisherman’s Wharf is a terminus for the historic F-Line streetcars, actually heritage trolleys.

TIP  Watch cars negotiate the “world’s crookedest street” – Russian Hill’s Lombard Street – which has featured in movies such as The Love Bug.

Golden Gate Bridge - The so-called “bridge that couldn’t be built” celebrated its 75th anniversary in 2012 and was the world’s longest suspension bridge until 1964. You can sail under it or walk, cycle or drive across it.

California Academy of Sciences - Enthralling for youngsters and adults alike, this encompasses an aquarium with a coral reef ecosystem, natural history museum, four-storey living rainforest and planetarium in a Renzo Piano-designed building under a roof planted with grass and wild flowers.

Haight-Ashbury - They say if you can remember the Sixties, you weren’t really there. But you can relive it on walking tours of this colourful district where it all began, taking in the Psychedelic History Museum and browsing vintage clothing stores.

TIP  Take the legwork out of exploring the huge Golden Gate Park on a Segway tour, for ages 12 and up.

City Hall - Built in 1915 to replace an earlier one destroyed in the 1906 earthquake and reopened in 1999 after restoration following the 1989 earthquake, this Beaux Arts classical masterpiece has the tallest dome in America and retains many original features such as its “birdcage” elevators and pink marble rotunda floor.

Mission Dolores - One of the chain of missions built along the California coast by the Spanish, this beautiful example was founded in 1776 and is the city’s oldest building. Many of San Francisco’s early pioneers are buried in an adjacent cemetery.

Alamo Square - Take a Muni bus to visit this hill-top park and you will be rewarded with a panoramic cityscape view that adorns many postcards and guide books. On clear days, you can see beyond the brightly-coloured “Painted Ladies” facing the park on Steiner Street to the landmark Transamerica Pyramid and Golden Gate Bridge beyond.

Imagine the wind in your hair, the sun shining and the sea glittering. This is the California Coast. Rent an open-top Mustang and put the joy back into driving. Along th...

Las Vegas to The Coast | Fly Drive through National Parks

A holiday of contrasts as you drive from the desert to the ocean. High rolling energy in Vegas to the solitude of Yosemite; the heat of Death Valley to the cool sea mists of San...

From National Parks to Disneyland | California for the Whole Family

Receive a FREE airport lounge if you book this suggested itinerary This holiday takes in most of the best bits of California, San Francisco, a national...

San Francisco to Los Angeles | via the Bay & Vineyards

Food and wine will be some of the highlights of this short fly-drive holiday which will take you from San Francisco to Los Angeles. Along the way, you will be able to visit the...

California is a land that is as varied as it is beautiful. Bustling cities, scenic waterfront, dense woodland and sparkling lakes are just a taste of what this magnificent state...

From one coastal city to another, you will follow Highway 101, the Pacific Coast Highway for much of this wonderful fly-drive holiday which takes in modern cities, rainf...

Cable cars, Alcatraz, the Golden Gate bridge are just a few of the icons of this wonderful city. Spend your long weekend break strolling along Fisherman's Wharf, explori...

The breathtaking scenery of the American West awaits with this magical Amtrak tour. The natural beauty of Yosemite and the Grand Canyon will astound, w...

From Sea to Sand | By Motorcycle

Feel the sea breeze in your hair and the desert air in your lungs with this all-encompassing EagleRider tour that will take you across three states, exciting cities and...