Quench your thirst and your appetite on this tastings tour of New England’s micro breweries and venues featuring favourite local fare!

You will visit Boston, the coastal villages of Bar Harbor and Cape Cod as well as the mountains of New Hampshire and Vermont, have the chance to visit Ben & Jerry’s Ice Cream factory and the Cider Mill at Cold Hollow. 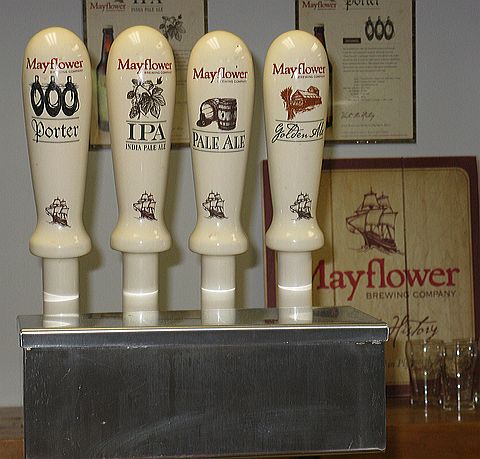 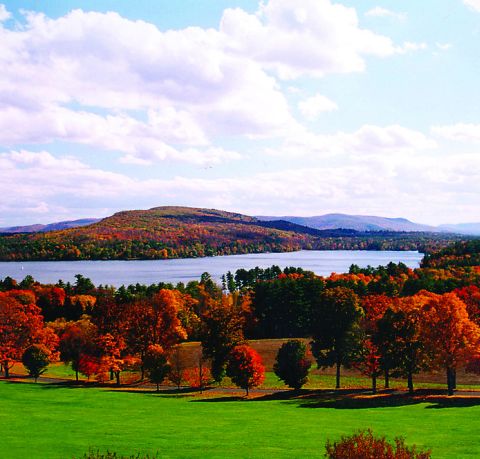 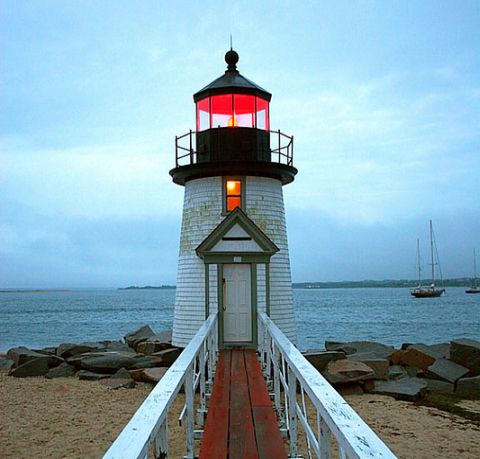 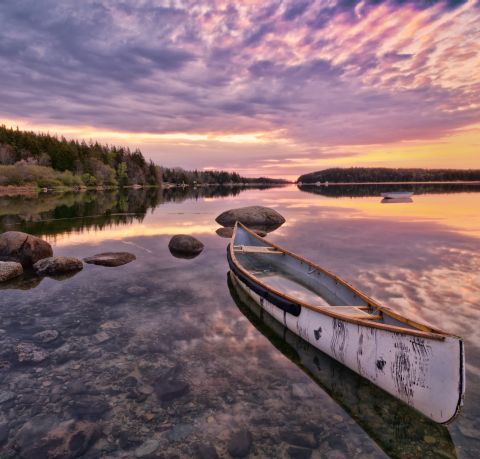 Fly to Boston and make your way to your hotel 2 nights in Boston...

This morning get rid of the jet lag and walk the Freedom Trail to see historic sites from Boston&...

Take some time to do a bit of shopping at Quincy Market / Faneuil Hall Marketplace. This lively a...

Take the morning to explore Acadia National Park the first national park east of the Mississippi...

Depart Bar Harbor for the White Mountains of New Hampshire. Stop in North Conway for some outlet...

Explore the best of Vermont today ; there will be many highlights amongst which we recommend the...

Drive through the picturesque villages and into the Berkshires of Massachusetts. Visit Williamsto...

After visiting some of the historic homes in Deerfield, travel to Cape Cod and board the ferry to...

Take the return ferry in plenty of time to return to Boston in time for your home flight or if yo...

Fly to Boston and make your way to your hotel

This morning get rid of the jet lag and walk the Freedom Trail to see historic sites from Boston’s colonial and revolutionary periods. See the Massachusetts State House, the Old North Church and the USS Constitution, the oldest commissioned warship in the world. In the afternoon explore Jamaica Plain to tour and taste the finest beer in America, Samuel Adams. Samuel Adams Boston Lager® is an excellent example of the fundamentals of a great beer, offering a full, rich flavour that is both balanced and complex. While visiting the brewery, you may get the chance to taste some of Samuel Adams Specialty and hard to find beers such as Imperial Pilsner, Triple Bock, Millenium, and Utopias.

Take some time to do a bit of shopping at Quincy Market / Faneuil Hall Marketplace. This lively and historic marketplace area is filled souvenir shops and boutiques carrying a variety of Boston and New England themed items. Collect you car from downtown Boston and drive the 50 minutes to Portsmouth; you should arrive in time to take the afternoon tour at the Redhook Ale Brewing Company. The first Redhook Ale was modelled after spicy Belgian ales and was affectionately referred to as "banana beer" because of its banana-like flavour. Eventually, Redhook starting making the beer that would become its flagship: ESB, styled after the "extra special bitters" familiar to British beer drinkers.

After visiting the brewery, explore Portsmouth’s many restaurants and pubs, all a short walk from your hotel.

This evening, try a Smuttynose Brew also brewed in Portsmouth. You might want to try its’ Old Brown Dog, cited as a classic example of the “American Brown Ale” style of beer. Or try Smuttynose Pumpkin Ale, their homage to the craft and heritage of America’s brewers.

Travel north along Maine’s beautiful Seacoast region, exploring quaint villages such as Ogunquit, Kennebunkport and Camden, where the mountains meet the sea.

Arrive in Bar Harbor early evening. The village boasts fresh air and breathtaking views, and they can be enjoyed from one of the multitude of ale houses.

Take the morning to explore Acadia National Park the first national park east of the Mississippi when it was established in 1919. Miles of biking, walking and carriage trails will encourage you to stretch your legs before a tour of the Atlantic Brewing Company Estate Brewery as well as Bar Harbor Brewing Company, Bar Harbor's first microbrewery. Visit the tasting room and try the Cadillac Mountain Stout and True Blue, a blueberry wheat beer. After the tasting, go into the pilot brewery to see the original equipment used to brew these fine ales. This evening, be sure to feast on a traditional Downeast Maine Lobsterbake dinner.

Depart Bar Harbor for the White Mountains of New Hampshire. Stop in North Conway for some outlet mall shopping or take a train ride through magnificent mountain passes on the Conway Scenic Rail. If you prefer more rugged scenery and some whitewater action, take the northern route through Maine’s capital Augusta to Gorham before continuing on to the village of Jackson for the night. This charming village is complete with covered bridges, the iconic New England white steeple churches, high mountains and rolling farmland

Stop in Montpelier and visit Morse Farm for a tasting of their Vermont Fancy, Medium Amber and Dark Amber Maple Syrup No one can visit Vermont without tasting its most well known delicacy.

Visit the Shelburne Museum in the Lake Champlain Valley, one of America’s finest, most diverse and unconventional museums of art and Americana. 150,000 works of art, including Impressionist paintings, folk art, quilts and textiles, decorative arts, furniture, American paintings, and a dazzling array of 17th-to 20th-century artefacts are housed in 39 buildings, 25 of which are historic and were relocated to the museum grounds.

The Essex Culinary Resort & Spa near Burlington is home for the next two nights. As the name suggest, a bad meal is not to be had at this hotel and cooking school.

Explore the best of Vermont today ; there will be many highlights amongst which we recommend the Rock Art Brewery, and Magic Hat Brewing Co. At Rock Art Brewery, they’ll suggest the perfect food accompaniments for all the beers, from their Whitetail Ale to the Double Smoked Porter and Midnight Madness. There’s no better place to taste Vermont’s finest products than in the beautiful mountain village of Stowe. Try apple juice (called cider in America) at Cold Hollow Cider Mill, the coffee at Green Mountain Roasters, the chocolate at Lake Champlain Chocolates and the cheese at Cabot Creamery. En route back to the Burlington area, be sure to stop for a tour of  Ben & Jerry’s Ice Cream Factory. Tours and tastings available!

Then it’s on to the Magic Hat “Artifactory” where one can take a tour and taste some of their ever changing beers on tap, many to suit the season.

Drive through the picturesque villages and into the Berkshires of Massachusetts. Visit Williamstown, a college town and cultural centre where you will discover the Clark Art Institute, dance performances at Jacob’s Pillow, and Summer Stock, an award winning theatre festival. Travel east along the Mohawk Trail and end the day in Historic Deerfield, where the whole village resembles a museum!

After visiting some of the historic homes in Deerfield, travel to Cape Cod and board the ferry to Nantucket, the popular island resort off the coast of Massachusetts.

This evening you will be spoilt for choice of shops and restaurants as you stroll the cobbled streets of Nantucket's 19th century downtown.

Take the return ferry in plenty of time to return to Boston in time for your home flight or if you would like to relax for a few days, Frontier America strongly recommends a few days on Cape Cod.

Taj Boston is an exquisite and timeless hotel prestigiously situated in the heart of Bost...

Sheraton Portsmouth Harborside Hotel is located in a convenient location for all that Por...

Eagle Mountain House and Golf Club is known as 'The Historic Hotel in the Mountains', loc...

Set on 18 acres and located between the Green Mountains and Champlain Lake, The Essex Cul...

Jared Coffin House is an historic inn in downtown Nantucket, built in 1845 by wealthy shi...