“One of America’s grandest, most spectacular drives” – National Geographic Traveller. 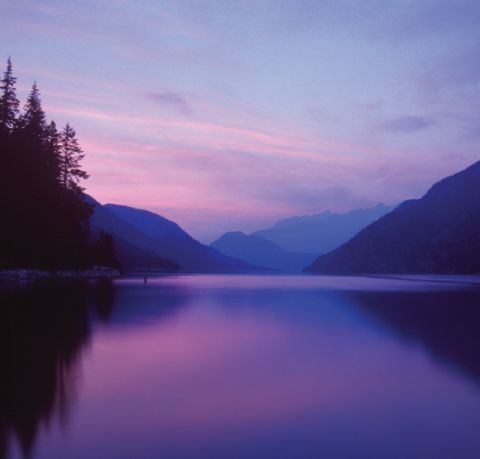 Arrive in Seattle “the Emerald City”. Settle in to the hotel of your choice where you...

Enjoy the sights of Seattle by land and by sea on the Ride the Ducks, Seattle Duck Tours or join...

Collect your car to start your fly-drive adventure.  You will head north to Everett to pick...

A short drive through the Tumwater Canyon will take you to the attractive town of Leavenworth, fu...

The Cascade Loop highway follows the Columbia River to Pateros, then swings northwestward to asce...

Head out early as you have a 3 hour drive over the North Cascades Highway but it will take you mu...

Explore the quaint town of La Conner in the morning;  be sure to visit the Museum of Northwe...

Take the ferry from Coupeville across to Port Townsend on the Olympic Peninsula where you should...

A pretty drive over Bainbridge Island will take you back to Seattle airport where you will drop y...

Arrive in Seattle “the Emerald City”. Settle in to the hotel of your choice where you will stay for the next 3 nights.

Enjoy the sights of Seattle by land and by sea on the Ride the Ducks, Seattle Duck Tours or join a Seattle sightseeing tour.   Visit the numerous attractions the city has to offer, including the MoPop, an interactive museum devoted to creativity and innovation in American popular music; Pike Place Market, the soul of Seattle and the oldest continually running farmers market; Woodland Park Zoo, a 92-acre zoo that is hailed as one of the finest zoos in the world; Seattle Center, home of the Seattle Opera, Pacific Northwest Ballet, Seattle Repertory Theatre, Intiman Theatre Company and Seattle Children’s Theatre to name just a few.  The city also offers great downtown shopping.  Evening dining options are many.  You can enjoy, for instance, magnificent 360–degree views from the 500-foot rotating restaurant SkyCity at the Space Needle or visit Blake Island State Park and savour a delicious buffet of award winning salmon while the Tillicum Village Dancers bring to life the dances and legends of the Northwest Coast; or choose from one of the fine restaurants downtown.

Collect your car to start your fly-drive adventure.  You will head north to Everett to pick up Highway 2 following the Skykomish river as it winds through the western slopes of the Cascades to ascend to the 4,061ft high Stevens Pass, the first of the mountain passes on the Cascade Loop. You might like to stop for a stroll along the Sultan River in Osprey Park or to have your photo taken with Sasquatch where Harry and the Hendersons was filmed, pause in Index to see the Bridal Veil Falls or take a short walk into the moss-drenched forest for a view of Deception Falls.

A short drive through the Tumwater Canyon will take you to the attractive town of Leavenworth, full of culinary boutiques offering goodies from cheese to handmade chocolate. You might also like to visit the Nutcracker museum or take a raft trip on the Wenatchee River.  Continue on to Wenatchee to visit Ohme Gardens, Rocky Reach Dam and the fruit orchards of Washington State before  reaching stunning Lake Chelan where you will spend 2 nights. This will give you time to enjoy all the lake facilities, the Slidewaters Waterpark or a visit to a local winery.

TIP: Take a couple of extra days to go to Stehekin Valley Ranch. Only accessible by boat or sea plane from Chelan, the Valley is a glorious getaway whether you want to relax or participate in one of the many activities.

The Cascade Loop highway follows the Columbia River to Pateros, then swings northwestward to ascend the Methow River Valley. This is the eastern gateway to the North Cascades National Park Highway. The Methow Valley is Washington’s equivalent of the Old West. As you drive up the valley, you’ll pass fields of baled hay, big old weathered barns, corrals full of horses and the jagged Cascades for a backdrop. The Methow and the adjacent Okanogan country is famous for its superb stream and lake trout fishing. Dozens of small lakes dot the region; you might like to stop for a fascinating tour of the Cascades Smokejumper Base and the small country/western town of Winthrop with its 1890s storefronts and wooden boardwalks.

TIP: Deviate on to the Okanogan Trails Scenic Byway. Starting in Pateros, you head north east through orchards, Lake Osoyoos and access to the Audubon Society's Great Washington Birding Trail.

Head out early as you have a 3 hour drive over the North Cascades Highway but it will take you much longer as you will want to stop many times.  As the highway swings south, great walls of granite sweep upward. Dead ahead, the massive bulk of 7,600’ Liberty Bell Mountain seems to block any passage through the mountain fortress. Just when it seems impossible, the highway makes a great horseshoe bend and clambers up the face of Liberty Bell. The off-road viewpoint at the top of the pass provides splendid views of the mountain-ringed valley.

The highway also crosses Washington Pass at 5,477ft and Rainy Pass at 4,860ft. Pack a picnic and take any of a number of short hikes that start just off the highway. The alpine meadows all along this crest of the Cascades are resplendent with wildflowers in July and August. Other trails, including the Pacific Crest National Scenic Trail, lead from roadside into the North Cascades National Park. None of this park is accessible by road

From June-September four hour tours are available at Seattle City Light’s Skagit hydroelectric project at the Diablo Dam which include a boat cruise, powerhouse tour and railway ride, lunch or dinner.

Overnight at La Conner on the delta near the mouth of the Skagit River.

Dotted with trim farmhouses and big red barns, the Skagit Valley is home to the largest commercial bulb industry outside of Holland. Beginning in March and continuing through May, the entire valley is one huge carpet of blooms backdropped by dramatic views of 10,775ft Mount Baker and the North Cascades.

Explore the quaint town of La Conner in the morning;  be sure to visit the Museum of Northwest Art, the Skagit County Historical Museum, and the Gaches Mansion which is home to the Quilt & Textile Museum or if you want some retail therapy, there is a vast shopping mall / discount house at nearby Burlington.  Deception Pass Bridge soars high above the water to reach Whidbey Island. Views from the bridge are spectacular, especially at tide change when the water below boils through the narrow passage at a furious rate.  Whidbey Island is the longest, contiguous island in the Lower 48 States.  The largest city on the island is Oak Harbor. There's a large naval air station here and you may see carrier aircraft taking off or landing. Mussels harvested from nearby Penn Cove are considered among the Northwest's finest seafood delicacies.

Tiny Coupeville is the second oldest town in the state. It nestles alongside the water and boasts many original buildings dating from the 19th century.

On the western side of the island, Fort Ebey and Fort Casey State Parks preserve military installations that once protected the entrance to Puget Sound. At Fort Casey, you can tour the old artillery installations, visit the small lighthouse museum or picnic on the acres of lawn. Automobile ferries depart from the landing at nearby Keystone for Port Townsend on the Olympic Peninsula.

On the Southern end of the island, the historic village of Langley is known as the "artists colony of Puget Sound." Turn of the century buildings line flower-filled streets.

Take the ferry from Coupeville across to Port Townsend on the Olympic Peninsula where you should allow yourself some time to explore the Victorian Seaport, the art galleries and boutiques before continuing along the north shore of the Olympic Peninsula to Port Angeles, gateway to the stunning Olympic National Park. You will have two full days here to allow time to explore the park, go whale watching or even take a balloon across the park with views over to Victoria BC, Mount Baker and the Cascade Range.
3 nights Port Angeles

A pretty drive over Bainbridge Island will take you back to Seattle airport where you will drop your car in plenty of time for your flight.

Seattle’s only waterfront hotel, the Edgewater is a curious looking building which...

Inn at the Market | Seattle, Washington

Located close to the vibrant Pike Place Market, the Inn at the Market is a peaceful hidea...

The Hotel Monaco is a luxurious, boutique hotel in downtown Seattle with a unique vibe th...

The Stehekin Valley Ranch gives real meaning to 'off the beaten track'. Tucked away in a...

Built in 1901 and still owned by the same family, Campbell's Resort sits on the shore of...

The Freestone Inn, surrounded by a pine tree forest at the edge of the North Cascades Nat...

Luxurious accommodations in Northwest stylings and views of Swinomish Channel from all bu...

A beautiful and multi-award winning bed and breakfast sitting on a 10-acre oceanfront sit...