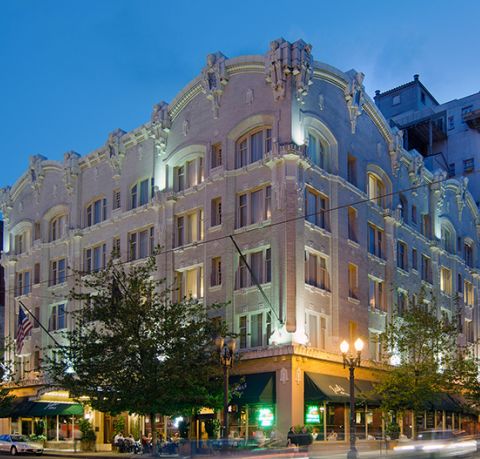 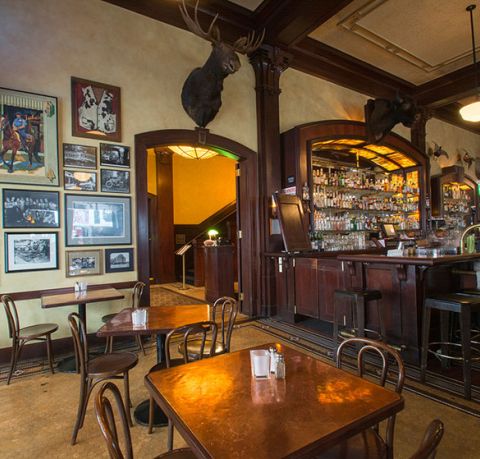 With iconic robot-like sentinels adorning the roofline, Sentinel, previously called the Governor Hotel, was one of the first luxury hotels in Portland. Having added in the neighbouring former Portland Elks Lodge headquarters to the hotel in 1992 to provide a west wing to the hotel, the contrasting Italian Renaissance architecture of the former home to private dealings and secret ceremonies of the Elks Lodge now houses some of the most exclusive guest rooms at the hotel.

While much of the original grandeur of the hotel has been maintained or restored in recent years, this is not at the cost of modern convenience. The hotel houses a Starbucks, including evening service, along with Jackknife, their own bar and eatery, and Jake's Grill, a classic American grill featuring steak and seafood alongside specialty cocktails and whiskies. Guests staying on the Top Floor of the West Wing also gain exclusive access to The Room at the End of the Hall, a quiet lounge with intimate seating space and small snacks to enjoy.

All rooms include complimentary wifi, your choice of specialty pillow from their menu, flat-screen TVs and iPod docking station as well as a well stocked honour bar.

Premier - Between 300 and 375 square feet, the smaller rooms include a king bed while the larger rooms have twin double beds.

Corner Premier King - Around 400 square feet featuring a king bed and a sitting area with views over downtown Portland.

Executive King - Between 300 and 350 square feet, these king-bedded rooms on the top floor of the West Wing of the hotel also include access to the exclusive Room at the End of the Hall. You can upgrade the Executive King to include a private terrace overlooking downtown Portland.

Parlor Suite - Around 450 square feet split between a bedroom with a king bed and a separate living area with a pull out sofa.

City Terrace Studio Suite - A 450 square feet suite on the top floor of the West Wing of the hotel, the room includes a bedroom with a king bed, a sitting area and a separate terrace with an outdoor fire pit to enjoy the city view from. Guests staying in this room also have access to the Room at the End of the Hall.

Bridgetown Parlor Suite - With 550 square feet split between a bedroom with a king bed and living room with a pull-out sofa and wet bar, as well as a jetted tub in the bathroom to help guests unwind in luxury, these suites are each designed and inspired by one of Portland's bridges. Also located on the top floor of the West Wing of the hotel, guests staying here have access to the Room at the End of the Hall.

A classic luxury hotel at the heart of Portland

Set against the backdrop of majestic Mount Hood, Portland combines a sophisticated, cosmopolitan atmosphere with national accolades for its cuisine, a vibrant arts scene, great theatres and funky tax-free shopping districts inspired by the creative spirit of the c...Read More